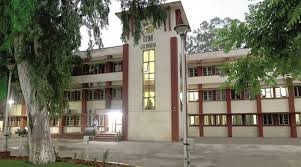 The Union government Friday approved an off-campus centre of IIM-Jammu in Srinagar and also sanctioned Rs 51.8 crore to set up the temporary campus, The Indian Express has learnt.

The move comes within days of the Parliament approving a resolution abrogating special status to Jammu and Kashmir under Article 370 of the Constitution, and a day after Prime Minister Narendra Modi promised IITs and IIMs for the region in his address to the nation.

Confirming the development, IIM-Jammu director B S Sahay told The Indian Express that the institute has identified a building on the New Airport Road in Srinagar, where its off-campus centre will be temporarily housed.

IIM-Jammu was established by the NDA government in 2016 along with six other new IIMs in Andhra Pradesh, Himachal Pradesh, Bihar, Odisha, Punjab and Maharashtra during its term.

Read more of this in a report by Ritika Chopra published in The Indian Express... (Link given below)

Let me start this months topic by wishing you a Happy New Year. May this New Year bring health, happiness and harmony in your life. I am sure, you must have some New Year resolutions in your mind. You would like to achieve some milestones in your life. All of us try for that. That is how life moves
END_OF_DOCUMENT_TOKEN_TO_BE_REPLACED