All my readers of this article are existing leaders or managers or would be managers/leaders and some may be now mentors for the leaders and managers having retired after active service. Some people may be absolutely clear about the differences between leaders and managers. Some may have a faint idea and some may still be wondering as to who can be called a leader and who can be called a manager.

Have you noticed that some managers get worried when they come across a very dynamic, efficient and a great performer within their team? They start seeing in him a challenger, a competitor. So what do they do? They start either ignoring him/her or don’t assign important tasks to him/her or give such a task that seems impossible to execute so that he/she can be ridiculed on the very first symptoms of failure. They want to break the self confidence of their own subordinate so that he/she doesn’t become a competitor for the manager. Such managers will remain managers throughout their life.

While the leaders look for people who have a spark or even smarter than themselves. They cultivate them, groom them so that additional and higher responsibilities can be given to such go getters. And the organisation gains in the long run. While a manager’s mentality is limited to executing the tasks allotted to him/her by the higher management or leadership.

Do you know that average managers play checkers? Here all the pieces are uniform and move in the same way and they are interchangeable. So every manager is expected to plan and coordinate their movements. But remember, they all move at the same pace, on parallel paths. While a great manager demonstrates his/her leadership qualities and plays chess. Here in chess, the leader in the manager enables him to identify from his team, some as Rooks, Bishops, Knights and even Kings and Queens out of the pawns available to him who move in different ways, and at different pace. So Managers with such leadership qualities become great managers who know and value the unique abilities and even the eccentricities of their employees and use them for the greater benefit of the organisation.

Here are some additional differences between Management and Leadership: Managers do the routine tasks of Planning, Organizing, Staffing, Coordinating and Controlling. On the other hand, the Leaders do keep a track of all these activities and their role is of influencing in the planning process. Then they motivate their managers and inspire all the employees. They are creators and innovators. Instead of controlling their men, they mentor them. There are common tasks of communicating, problem solving and decision making for both managers and leaders. They execute these tasks at their own levels.

Leaders are visionaries. Their thinking is long term. They are aware about the current problems. They just can’t afford to ignore them. They have to be grounded to ensure the execution of short term goals too. But managers are more concerned about the day to day tasks assigned to them. Managers are happy with status quo and incremental improvements and focus more on the materialistic things. They communicate the targets. They tell what to do, how to do and measure results. While the focus of the Leaders is more on people. They inspire them and motivate them to achieve higher and higher results. They are not happy with status quo. They want to soar high. They are change agents. They set the targets and communicate why to do. They become mentors for their subordinates. Managers just allocate the resources to achieve an objective while leaders throw challenges to achieve higher goals with limited resources available.

Managers believe in controlling their departments while following the existing rules and regulations while Leaders believe in building organisations and rules don’t bind them. They are just guidelines for them that can be changed for the good of the organisation  and its employees also if the interest of the organisation are not compromised. Leaders are always willing to take risks while managers are averse to taking risk.

I am reminded of an incident while sailing on the Indian Navy ship, INS Viraat, as its WMO (Weapon Maintenance Officer). Missile firing had been planned during the next sailing and one of the senior sailor from one of the sub section under me came with a leave application during the same period for his younger sister’s marriage. I had four sailors in that section. Missile firing was a very important evolution. So I discussed the planning and the status of the system with my team and my other three sailors seemed fully confident to carry out the missile firing. My sailors from the other sections also offered their full help. So I recommended the leave application of my sailor and forwarded to my boss. He just flared up. How can you give leave to your sailor, when missile firing has been planned? I was taken aback.

I reasoned out with my boss that the sailor was asking leave for his sister’s marriage. “It is a highly important occasion for all of us. Sister’s marriage is not an ordinary ceremony for a brother.” I argued with my boss. The leadership qualities in me had surfaced. I was not behaving like just an ordinary manager. But my boss was still in the managerial role. I had to put my foot down and finally leave was granted to my sailor with the intervention of the top boss. My sailor was happy. My whole team was very happy. The missile firing took place as planned and it was totally successful.

According to me every manager should strive to become a great manager and for that he/she should be a leader also for his/her subordinates. Normally the managers are held responsible for the assigned targets while the accountability remains with the senior manager/leader. But sometimes, the senior chap passes on accountability too to the manager. It is still OK. But they refuse to pass on the authority to the manager within his/her domain. This is highly unreasonable. We must train our managers to demonstrate their leadership qualities also but that is possible only when we give them the authority also along with responsibility and accountability for their domain. So a leader of today may have been a great manager of yester years with some leadership qualities too. Though today, he/she may be in just Leadership role. Similarly, a manager with Leadership qualities becomes a great manager. 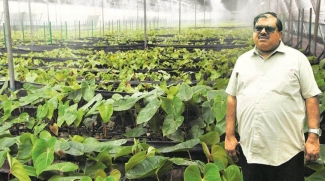 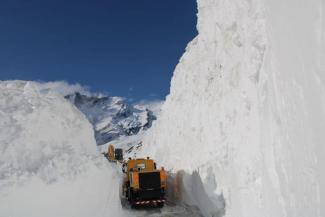 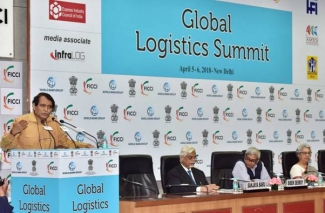 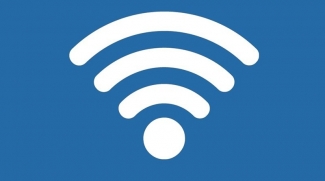 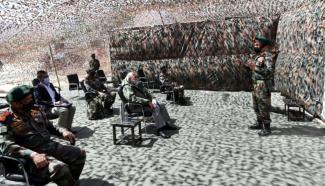