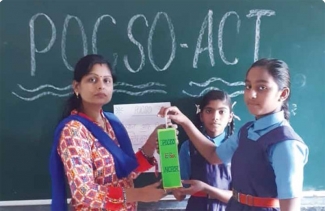 Stray incidents of eve teasing in her school and the girl students’ hesitation and fear in disclosing it to their parents or teachers, led Vibha Soni to create a zero investment solution for a safe and secure environment for girls.

Working as a teacher in Government Middle School in Masturi block of Bilaspur district, Soni took a cue from the Protection of Children from Sexual Offences Act (POCSO Act) 2012, which was formulated in order to effectively address sexual abuse and sexual exploitation of children, and introduced the idea of POCSO Act Box in her school.

As per this small innovation, the children who are subjected to any kind of eve teasing or sexual harassment in school or outside can write their problem on paper and put it in the POCSO Act Box, which is made of bare minimum material including a cardboard and paper.

The complaint is then addressed by the school authorities and strict action is initiated against the culprit.

“In our society, it is generally seen that girls are not encouraged to report such incidents and are told to stop going to school or college if they face any kind of eve teasing or sexual harassment. My objective was to make the children aware about the issue and bring such cases out in the open so that they can be dealt properly,” she
said.

Soni was able to share the idea with the trainers of the Sri Aurobindo Society’s Zero Investment Innovations for Education Initiatives (ZIIEI) program during teachers’ orientation about implementing small and innovative ideas to improve the quality of education in their schools.

Soni said that the implementation of the idea starts from the prayer assembly in the school where students are told about the POCSO Act and the importance of sharing such kind of incidents with parents and teachers.

See attached PDF to know more about this innovation120.04 KB

ZIIEI is an initiative of Sri Aurobindo Society. Working for over 55 years to transform Education, Sri Aurobindo Society has identified that the Zero Investment Innovations at grassroots in India can be one of the most game-changing accelerators in improving the quality of education.

ZIIEI has been facilitating wide-spread adoption of the most promising “zero-investment” innovations in Education, and helping the State to solve the toughest challenges of making education more effective and meaningful. Presently, it is proving to be a significant step in implementation of the vision of the State Government to establish UP as a role model state of Educational Transformation.

The ZIIEI platform brings together the scattered, isolated and yet-to-be–recognised individual innovations, and is making these collective and inclusive. Each school, educator, and student is intended to be part of a mutually-sustained ecosystem to address the gaps in education—with simple tools—and will earn recognition by the Education Community and the State Government for their successful ideas.

ZIIEI is inclusive innovation at its best also because of the fact that it brings together the government, the schools, and educators, non-governmental and corporate players. While ZIIEI, evolved in response to critical educational needs, has been designed under the guidance of the UP State Government, it is funded by HDFC Bank— a collaboration model that goes beyond even public-private partnership (PPP) to facilitate the best of ideas, research, knowledge-sharing and cross-sector collaborations. 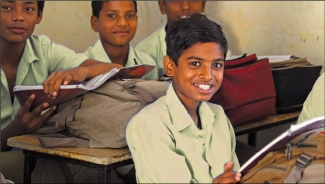 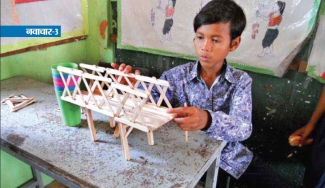 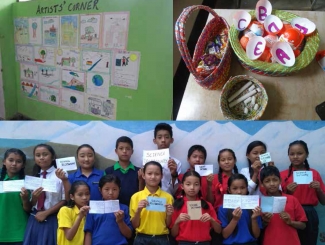 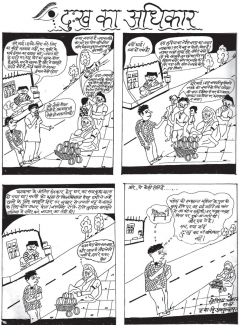 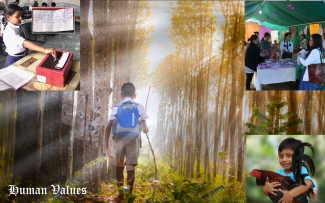 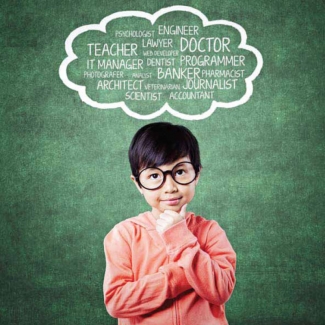 Let me start this months topic by wishing you a Happy New Year. May this New Year bring health, happiness and harmony in your life. I am sure, you must have some New Year resolutions in your mind. You would like to achieve some milestones in your life. All of us try for that. That is how life moves
END_OF_DOCUMENT_TOKEN_TO_BE_REPLACED